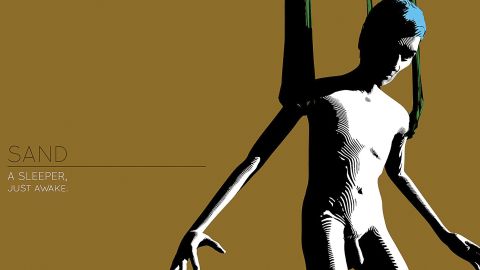 The second album from North Atlantic Oscillation’s Sam Healy is more organic than 2013’s eponymous debut. This is Kid A to that album’s The King of Limbs, its skittish glitchy percussion augmented by the more human feel of brass sections, glockenspiel and Eno-esque detuned piano. Healy’s oddly disembodied voice is a constant, adding a frail whimsical longing to the whole. ‘Leave before time can clean you out before your eyes/Long touch good bye’, he laments in L.T.G.B. with a weary monosyllabic delivery that could be emanating from the voice circuits of a well-known paranoid android.

An ever-so-slight disharmony adds uneasy tension. Initial and Berceuse display cinematic vistas that are imbued with claustrophobia via the use of dissonant chords only to come bursting forth with triumphant energy in their denouements.

The highlight is the 10-minute Earth Mound Square which begins sounding like Vangelis’ Pulstar and builds to a pulsing Steve Reich electronic chamber ensemble. This feels like daring new music, the perfect soundtrack to wandering alone through space, silent running, reminiscing about life before the explosion set the capsule adrift.