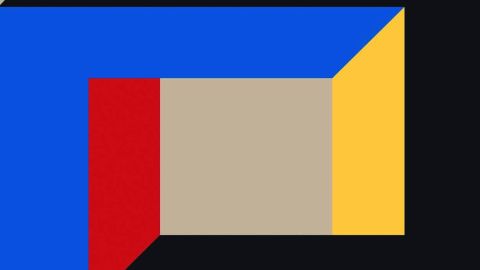 This is the first British release from the Beijing-based group who formed in 2003 and were described by John Lydon as his favourite “new” band. Re-TROS (Rebuilding The Rights Of Statues) cite as influences Bauhaus, Joy Division, Television, Pere Ubu, Battles, Liars and Futureheads: post-punk outfits and latter-day proponents of the same. Actually, they can sound like hardcore synth punks, with a heavy techno/trance element, their music hitting with brute force, using insistence and repetition to mesmeric effect. But there’s an Enoesque intelligence too. Indeed, the brainy one contributed guest keyboards to their 2005 debut Cut Off! EP. Produced by Hector Castillo, Before The Applause is experimental but embraceable, even danceable, especially the nine-minute analogue assault of Hailing Drums, At Mosp Here’s 12 minutes of prog-disco delirium, and the pulsating 8 + 2 + 8 I and companion track 8 + 2 + 8 II, which comprise 15 minutes of cataclysmic clapping and Huang Jin’s Teutonic drumming. Frontman Hua Dong tends to ‘sing’ in an absurdist gruff monotone à la Yello’s Dieter Meier, but it’s offset by female bassist Liu Min’s blankly pretty counterpoint. Riveting.