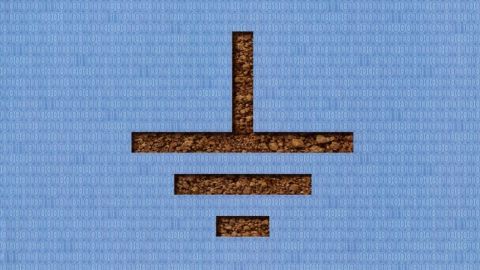 Veteran proggers Van der Graaf Generator continue to push the boundaries. (Although, as ever, exactly where they’re pushing them is anyone’s guess.) Their recent reinvention as a power trio has confounded critics by working in their favour. The music of the modern VdGG (let us not forget, they formed w-a-a-a-y back in ’67) is more stripped down than before but somehow its complexity has increased. A Grounding… is full of short, sharp shocks, with nary an epic track in sight. Mathematics somehow manages to be both jarring and transcendental; Red Baron is a Middle Eastern-flavoured showcase for drummer Guy Evans; Embarrassing Kid is a Pythonesque trawl through the pain of gawky adolescence; the equally tragicomic Mr Sands may or may not be about a creepy seaside entertainer. If you enjoy music that doesn’t so much tax your brain cells as put them on a torture rack and then tie them into complicated knots, there’s tons to enjoy (although some might say endure) here. (8⁄10)

Gazpacho are described as ‘acclaimed Norwegian post-progressive art rockers’, but like a lot of bands on Kscope they sound a lot like Porcupine Tree. Still, as that comparison implies, this is finely crafted, darkly atmospheric stuff with subjects such as death, fear and loneliness well to the forefront. Happily there are also plenty of ambient passages to lift the gloom. (7⁄10)

This is the middle of three records OOF made for Germany’s legendary Kuckuck label. Originally released in 1971, the sleeve-notes make the rather extravagant claim that its closest equivalent is Fun House by The Stooges. But, y’know, if you ignore the bizarre cover of the Stones’ Street Fighting Man, it does indeed have a kind of mad-eyed, Iggy-like intensity. (7⁄10)

Locomotive: We Are Everything You See

Originally released in 1970, this is a curious beast. A jazzy, horns-heavy approach is allied to a clipped David Bowie vocal style; it could almost be described as Ziggy Stardust plays Blood, Sweat and Tears. The album’s centrepiece is a lengthy concept workout called The Loves Of Augustus Abbey, allegedly inspired by Mussorgsky’s Pictures At An Exhibition. (5⁄10)

Presto Ballet began as a side project of Metal Church guitarist Kurdt Vanderhoof, releasing Peace Among The Ruins (’05) and The Lost Art Of Time Travel (’08). Now a fully fledged combo, they’re surely destined for great things. Imagine Starcastle with Bruce Dickinson on vocals, and marvel at epic tracks such as Of Grand Design and No End To A Beginning. Superb. (8⁄10)