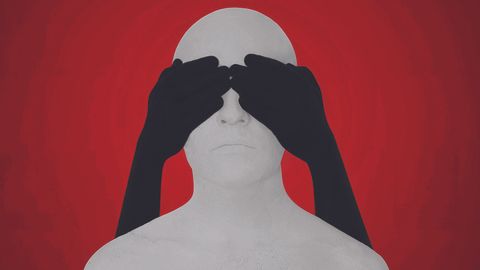 Before diving into Nothing More’s 18-track opus, picture a world buffet restaurant and imagine the continent-spanning collection of morsels were Michelin-standard instead of lukewarm takeaway fodder. The Stories We Tell Ourselves can only be described as an expertly executed musical buffet, from the opening bars of the Beastie Boys-channelling Do You Really Want It to the nihilistic spoken-word passages between songs and the pop-punk balladry of Just Say When. Johnny Hawkins’ quavering vocals morph expertly from old-school At The Drive In-esque falsetto, to a throaty scream, to velvety clean vocals, as the talented frontman takes us on a journey that encompasses nu metal rhythms, futuristic tech-influenced riffs and stadium pop without ever sounding overdone. Don’t Stop veers between nu metal and a chorus that could sit comfortably on a Maroon 5 album, while The Great Divorce dips into synthy post-hardcore. Eighteen tracks is a long time to stay interesting, but Nothing More nail it.