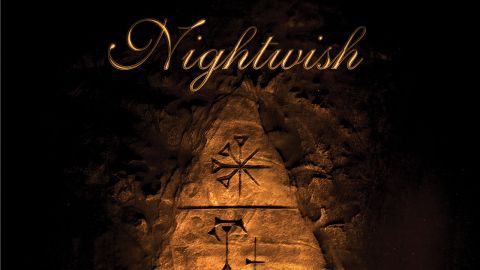 In 2018, Nightwish wrapped their Decades tour just two years after their eighth album, Endless Forms Most Beautiful. Given that the record gave a highly satisfactory debut to new singer Floor Jansen, and that said trek saw the sextet headlining some huge venues including (for the second time) London’s Wembley Arena, band leader, keyboardist and writer Tuomas Holopainen should have returned to Finland exhausted yet satisfied. Nightwish were officially the biggest symphonic metal band on the planet, after all. And yet Holopainen, by his own admission, was “bored”.

After clearing his head via the prog-folk side-project, Auri, Holopainen realised he had more to say about evolutionary science, a subject tackled on Endless Forms…, particularly via its 24-minute, five-part epic The Greatest Show On Earth, one of a pair narrated by biologist and author Richard Dawkins.

Fuelled by the immaculate, operatic tones of Floor Jansen, disc one begins with Music, a heavily symphonic yet deeply melodic song that nobody but Nightwish could have recorded. Since 2004’s Once, the Finns have worked closely with the London Session Orchestra; here these seemingly disparate entities entwine again to lush, mouth-watering perfection.

Noise actually takes a diversion into Cossack territory; revolution in the Kremlin, indeed. Meanwhile, Shoemaker is classic storytelling Nightwish. Amid the cacophony of its neighbours and sung by Troy Donockley – whose Uilleann pipes charm the listener down the gangplank, onto a boat and out towards the open sea – the buccaneering Harvest provides welcome respite. The rapid-fire Pan is dominated by Jansen’s tumultuous voice – think Julie Andrews auditioning for Megadeth – and things head towards the home strait with How’s The Heart? and Procession as drummer Kai Hahto arrives centre-stage for Tribal. Endlessness threatens a slightly funereal conclusion to Act One before Nightwish grind through the gears for a spirited, nautical romp.

Which brings us to All The Works Of Nature Which Adorn The World. Named after a quote from Da Vinci, its eight “connected but far-ranging fascinating movements” are punctuated by jungle noises, waterfalls and whispering, coming over like a score for a movie, or a David Attenborough documentary. The decision to send Jansen home in a taxi is a little like leaving Lionel Messi on the substitute bench for a World Cup Final – baffling, yet in the unpredictable world of Tuomas Holopainen, hardly unexpected.