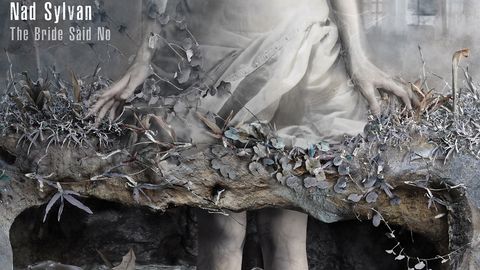 Never give up on your dreams… even slightly flamboyant and bizarre ones involving vampires. Coming to prominence with fellow Scandinavian proggers Agents Of Mercy, it wasn’t until Nad Sylvan, already a Steve Hackett touring veteran, was writing for his last album in 2015 that he gave up his day job… at the age of 56. This follow-up to 2015’s Courting The Widow draws on varied musical threads, while deliberately eschewing some of the retro prog vibe of that release. Existing fans are unlikely to be disappointed though – Sylvan’s classic textures and keyboard sounds proliferate, and we’re still occasionally transported to the late 70s with Wind & Wuthering playing somewhere in the background – but this is a more contemporary sounding and immediate collection.

Like the soundtrack to some macabre Tim Burton animation, short instrumental opener Bridesmaids is a vaguely menacing cloud of metallic synths and voices, introducing a reoccurring leitmotif. The Quartermaster’s swaggering hard-rocking intro and chorus brings to mind latter-day Spock’s Beard with Tull-like sections made all the more redolent on this track by Sylvan’s Anderson-esque delivery, and a very similar contrast crops up in the heavy hitting of The White Crown. However, the fact that Sylvan is steeped in both pop and rock worlds comes out too – When The Music Dies is a mid-tempo tune that evokes Simply Red in the gentle, soulful verses, and Robbie Williams (no, really) at his most audience friendly and expansive in the powerful choruses. Elsewhere there are the driving strings and tempered urgency of Crime Of Passion, and the great pop infused French Kiss In An Italian Restaurant.

The quality of guest contributors here is enviable – both Tony Levin and Jonas Reingold supply Chapman stick and bass parts, Nick D’Virgilio and long-time Jethro Tull drummer Doane Perry get behind the kit, and fellow Agents Of Mercy member, the Flower King himself, Roine Stolt throws in some guitar. The very special solo section tour de force on the rock ballad What Have You Done has a double guitar exploration from fusion virtuoso Guthrie Govan and the legend that is Steve Hackett.