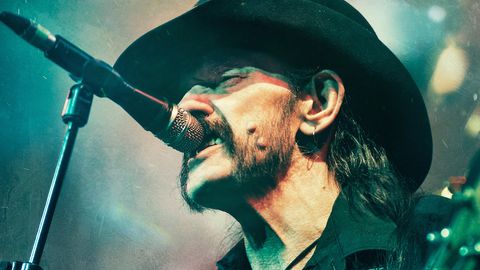 Against all the odds, this is a triumph. Given the fact it was recorded in Munich just weeks before Lemmy died, you might have expected Motörhead to sound like a struggling band, but for the most part, the trio are in splendid form.

Racing through a set spanning the band’s 40-year career, there are occasional moments when you hear the frailty in Lemmy’s voice. This, though, is quickly put to one side.

The band burst into action with Bomber, continuing on a high with Stay Clean and Metropolis. New song When The Sky Comes Looking For You slots neatly in with the classics, and there’s no drop in energy as the likes of Orgasmatron, No Class and Ace Of Spades all build towards the thunderous finale of Overkill.

You can quibble that Phil Campbell’s guitar is at times a little too dominant in the mix, but Campbell’s playing so brilliantly he deserves such attention. And it never detracts from Lemmy’s command. This could have been a maudlin reminder of what we’ve lost. Thankfully, it’s a celebration of what we had.