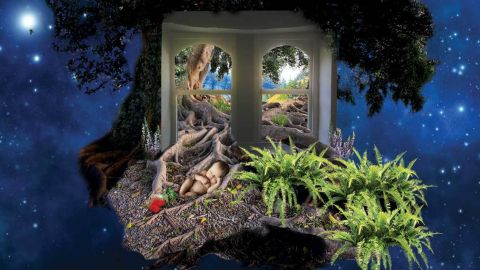 When the much-loved Heather Findlay left Mostly Autumn in 2010, some old time fans perhaps thought it would be a death knell for the band. Roll on a couple of years and The Ghost Moon Orchestra signalled a revitalised band, this time with Olivia Sparnenn stepping up to lead vocals. It pushed the classic Mostly Autumn sound in fresh, more European directions, an effect only added to by 2014’s dark offering Dressed In Voices. The near three-year wait for new material has been worth it. Sight Of Day represents a confident combination of old and new, an effect only added to by the welcome reappearance of the Autumn’s old confrère Chris Johnson after a seven-year absence.

For Mostly Autumn’s devoted and extensive fanbase (who, as ever, shelled out hard-earned coin to help fund this album), there is much on Sight Of Day to bring comfort. Bryan Josh’s guitar work crackles like gunpowder, while Sparnenn’s vocal delivery is clean and precise. The wide open spaces of the Floyd remains a defining influence, much in evidence on epic workouts like Native Spirit and the near 15-minute title track which kicks the record off.

However, after taking their sound into ever darker reaches from 2012 onwards, Sight Of Day signals a slight lifting of the spirits. Perhaps one reason is Johnson’s return to the fold. Changing Lives, on which he takes the lead, has the lightness of touch and jazz chord weirdness of Halo Blind at their most accessible. More significant is the firmly established trust and confidence in the interplay between Josh and Sparnenn. The album opens with Iain Jennings’ Kamen-esque keys and unfolds through a series of tense movements, but it’s Josh’s licks in consort with Sparnenn’s power that catch the ear. When Sparnenn sings, ‘As the sight of day comes streaming into my eyes,’ Josh’s answering guitar feels like an encounter with the light. It’s bracing stuff.

When a band work this well together it can feel churlish to be critical. Josh’s rasping voice is perhaps not shown off to its best when singing lead, as on Once Round The Sun, and some of the lyrics are route one. Equally, Forever And Beyond takes the wistful farewell dangerously close to mawkishness.

But this album is a reminder that Mostly Autumn remain one of the most consistent and passionate prog bands these isles have produced. They have a genius for alchemy: taking many of the familiar elements of classic prog – Gilmour-flavoured wig-outs, Tullish whimsy and mythic themes – and transmuting them into something fit for our uncertain 21st century.