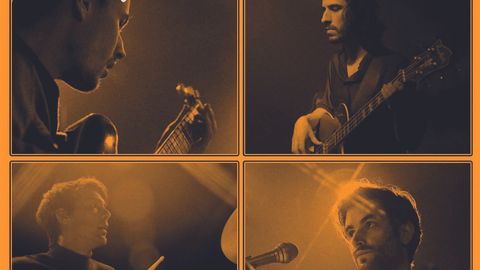 Coming straight out of Melbourne via what sounds like parts of the most enterprising moments of Herbie Hancock’s canon, Mildlife make music that made this writer want to transform his living room into a haven of shagpile carpet, with some sort of seat that looks like a bowl that hangs from the ceiling on a chain. After giving the album a couple of spins, one was even thinking about cultivating an Afro. Listening to Phase can do that to you, with its undulating, cultured synth patterns and loose, jazzy grooves with splashes of psych rock and funk. At points you think they’re going to give in to a disco groove – check out the thoroughly spaced‑out funk intro to Zwango Zop, which then bubbles and shrugs away into the astral skies. It might be out of time, but it’s certainly in the zone, lovingly crafted, starry-eyed and thoroughly enchanting in its own hypnotic way. Also especially good is the epically proportioned opening track The Magnificent Moon and the slowly creeping The Gloves Don’t Bite, which boasts sparse, echo-laden vocals and percussive trills. This is the perfect album for you to tune in, drop out and float very gently away.