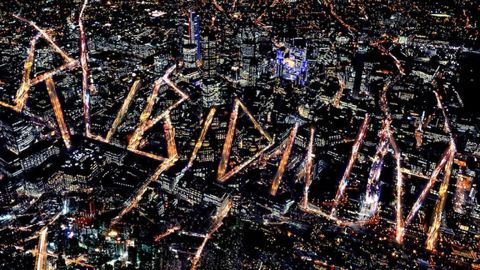 Rubidium is a soft, white, metallic element, highly reactive and with a half-life of 49 billion years, over three times the estimated age of the universe. There’s nothing soft about Maschine’s debut. In fact its considerable metallic side is diamond-hard, but the musicians do react splendidly to each other.

And while 49 billion years might be pushing it, but there’s every reason to expect this band will be sticking around for a healthy period of time. Nominated in the Limelight category in this year’s Prog Awards, this hotly-tipped band formed in Brighton. Key man singer/guitarist Luke Machin and bassist Daniel Mash (therein lay the origins of the band name) served three years with The Tangent while honing their skills, and that group’s Andy Tillison pitched them to InsideOut.

Machin, who grew up listening to Dream Theater, Yes and Steve Vai, has also played with the likes of Robert Plant and Jeff Beck, and was eager to showcase his own material. Restless and dynamic, and with more switchback tempo changes than you can shake a stick at, Rubidium shows just why that was. Opener The Fallen comes crunching in, rather grunge metal, Machin’s voice lurching between gruff and yearning. It’s busy, hard to get a handle on, but when a resolution arrives after eight peripatetic minutes the gentler waters are worth the wait.

The title cut similarly surges. Sometimes it feels as if Machin is straining to growl like Slayer when he has the ability to float like a butterfly. It’s on Cubixstro that his unit’s craftsmanship really gets a chance to breathe. There’s a jazzier swing, an awareness of space, with keyboardist-vocalist Georgia Lewis offering light and shade. Mash finds the funk factor on his bass and interacts wonderfully with drummer James Stewart. Vertigo is induced throughout by this pair’s ever-shifting rhythms, while guitarist Elliott Fuller offers some shrewd interplay with Machin.

The album has a slick, state-of-the-art sheen but locates moments of old-school charm, as in the acoustic Hackett-esque murmurs of Invincible. This breezier track rings of relief and release, despite the pained lyrics. Of course, it doesn’t stand still, with the epic elements thundering back in later. There’s then a delightful coda that’s part Brubeck, part bass-led. Elsewhere, there are nods to Steves Howe and Wilson, and licks both flamenco-frail and balls-out brutal.

It’s an impressive launch for this well-drilled Maschine. If it hammers too hard on the heavy in patches, it keeps you guessing and gobsmacked. Welcome to the Maschine age.