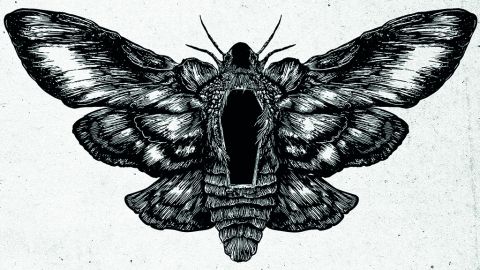 In the past year contemporary heavy music has really stepped up a notch. The grand sonic leaps of Gojira and Code Orange have meant that just turning up and beating down isn’t going to cut it in 2017. So when you first hit play on Young Gods Martyr Defiled initially only elicit shrugs. Opener Sins Of The Father and the following Bury Your Corpses Deep merely offer more of the same deathcore bluster that we’ve become accustomed to from the Lincoln quintet. So it’s credit to the band that around halfway through the record they realise this themselves and make a conscious effort to step beyond the confines of their comfort zone. Through Famine, War And Scorn adds discordant guitar lines beneath the brutality to make something truly sickening, Pestilent Bastille also features some melodic old-school lead guitars and doomy backing vocals that are miles away from typical deathcore staples. Carry on the road of the second half of Young Gods and Martyr Defiled could do something special next time around.