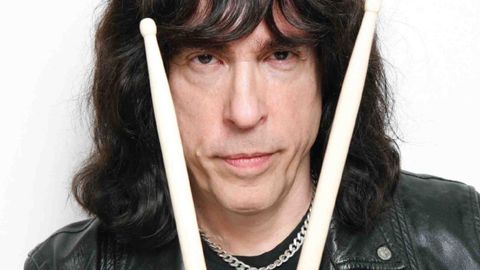 As a preteen, the man aka Marc Bell learned to sniff glue while piecing together model train sets. Aged 10 he already had a neighbourhood reputation for bloodying up the other kids’ heads.

Perfect training to take up the drum seat with Da Brudders? Perhaps. But, as this voluminous memoir relates, the future Marky Ramone had an eventful career before and after the Ramones.

Marky’s memories of the soap averse, OCD-afflicted Joey, drug fiend Dee Dee and the unpleasantly parsimonious right-winger Johnny are unvarnished, tinged with sadness yet generously even-handed. Understandably so – with his stage brothers now all gone, Marky is left to tend and uphold a mighty legacy.

That legacy was one produced by a band constantly at war with each other, Johnny refusing to the bitter end to make peace with Joey, even as he lay on his deathbed. The book’s no-holds-barred approach and straightforward delivery is faithful to its central subject: preserving the musical glory (and inner turmoil) of a great rock’n’roll band for posterity.