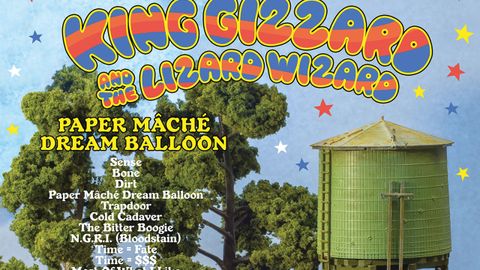 Or perhaps the word is regress, their seventh album in five years seeing an unexpected retreat into bucolic pop that’s as gently uplifting as earlier works were as frantically kaleidoscopic. Where previous releases saw a bold leap from skull-spinning psych mayhem to blissed-out musical mantras, this one offers something earthy and child-like. The effect is akin to waking up watching Camberwick Green with Syd Barrett after a long night at the UFO Club. Here then the strobelite has been swapped for the sun’s natural warming rays and the acid-laced punch for a big vat of camomile, with The Bitter Boogie exploring the same barefoot terrain of Tyrannosaurus Rex and Devendra Banhart, while the title track offers toytown acid-folk. The band create a thrilling new world with each album. Here repetitious song titles beguile and confuse (Time = Money follows Time = Fate) while acoustic guitars, flutes and melodies bordering on the best Brazilian bossa nova of the 1960s are highly seductive. Like a bearded messiah promising mung beans, redemption and group sex, their cult-like effect is alluring.