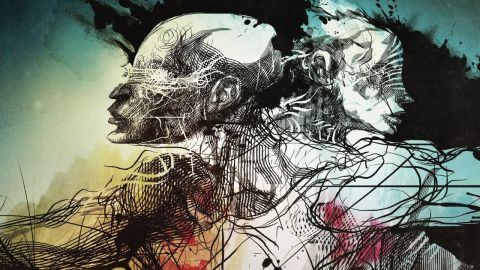 One of the most fascinating bands to emerge from the real revolution taking place in heavy music right now, Perth’s Karnivool enchanted many prog and metal fans with 2009’s remarkable Sound Awake album, and Asymmetry looks certain to propel the Australians to much, much greater heights this time around.

This is scintillating, widescreen rock music that eschews traditional formulae in favour of a hypnotic, ever-changing hybrid of ideas. More pointedly melodic than its predecessor, this intriguing and gorgeous record amounts to an exquisite liquid drift of dynamic peaks and troughs; sweetly elegant throughout its entire running time but frequently muscular and strident within that pursuit of sonic beauty.

Vocalist Ian Kenny conveys a world of melancholy with his wonderfully delicate but subtly charismatic performance, imbuing the likes of We Are, Sky Machine and Float with a spine-tingling sense of love, loss and longing that is almost unbearable to witness at times. But the music that surrounds him is so consistently absorbing and bewitching that Asymmetry can only really be appreciated in its languorous, mellifluous entirety.

The churning, spiky riffs that drove the band’s earlier works are still here in abundance, but they’re now balanced out by a gentle flow of sparkling guitars and magical atmospherics. Anyone who has thrilled to recent albums by Katatonia, Anathema or Gazpacho will find similarly irresistible sweetness and shadows at work here.