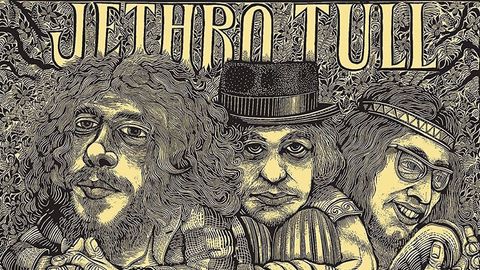 Originally released in August 1969, Stand Up, Jethro Tull’s second album, was their first with guitarist Martin Barre, in for the departed Mick Abrahams. In many ways it was also the blueprint for the classic Tull sound, signalling a shift from stodgy blues rock to a voyaging form of progressive folk, full of Celtic flavours, classicism and Ian Anderson’s animated flute lines.

Soon-to-be fan favourite Bourée makes a bucolic delicacy of Bach’s Bourée In E Minor, while Look Into The Sun, Nothing Is Easy and others align themselves to the rootsy wanderings of post-psychedelic Traffic. But not everything feels of a piece; A New Day Yesterday, for example, sounds like an untidy remnant of the Abrahams era. Recorded just weeks after Barre’s arrival, the album shows Tull still clinging to a blues root although reaching for something entirely new.

The new deluxe edition has been remixed by Steven Wilson (in stereo and 5.1) and comes with a bunch of bonus tracks, among them BBC sessions and two versions of non-LP single Living In The Past. Also included is DVD concert footage of To Be Sad Is A Mad Way To Be and Back To The Family, and a concert recording from Stockholm in January ’69.