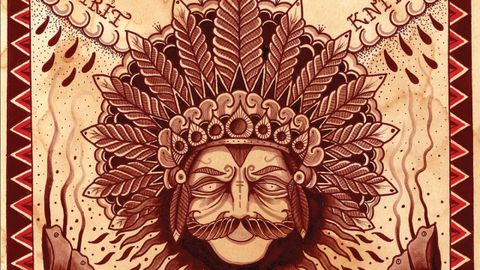 In the folklore of The Sword Of Truth – 14 fantasy novels penned by American author Terry Goodkind – a Spirit Knife is a magical blade.

Why Jeremy Irons & The Ratgang Malibus named album number three after that or, indeed, their band after an English thespian, we’ll never know, but what we can tell you is that this could be the most life-affirming 59 minutes of fuzz-driven psychedelia you’ll hear this year. Opening with the longest track, Fog By The Steep, sets an agenda of deep sonic exploration through the wet caves of the human soul, as wah-drenched guitars ricochet in winding tunnels of reverb and delay. Karl Apelmo’s voice is striking, his intimate confessions touching on Jeff Buckley levels of humility above the bluesy ruckus of songs like Wind Seized and Clang, as well as acoustic ballad Deep Hardened Woods. There’s a lot of retro rock kicking around at the moment, but Spirit Knife wipes the floor with the lot.