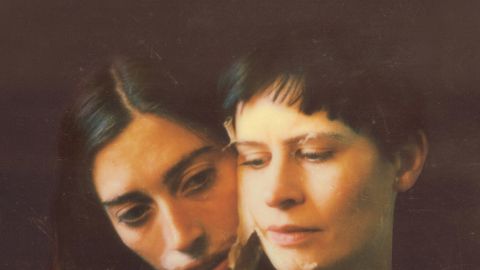 Norwegian avant-garde art-pop whisperer Hval makes you listen intently here. Her fourth solo album is the sonic equivalent of an abstract mood movie, eschewing melody or rhythm to rely on mantras, drones and disturbing effects. Its themes, too, are hardly fodder for dinner-party easy listening, as her focus on gender politics guides her to analyse menstruation and its links with vampire mythology. Using imagery from 70s horror/exploitation films to make sociopolitical statements, it also touches on such uneasy bedfellows as medication and erotica.

Musically, its roots stem from the boundary-testing Norwegian jazz school. You might discern among the rumblings and glitches some sounds that fall under the same evocative umbrella as Bat For Lashes, or the performance art parasol of Laurie Anderson or Yoko Ono. Yet whereas, say, Björk’s sheer talent lifts her eccentricities to the level of epic art, Hval’s sotto voce vocal skittering doesn’t quite soar, feeling more like cerebral experimentation than transcendent expression. The videos are more arresting than the music, and there’s a sense that Hval might be more suited to working in that medium.