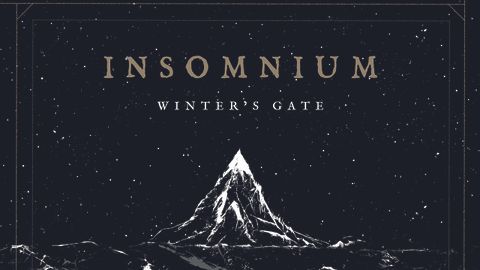 Born from an ambition to do something they’ve never done before in their near-two-decade-long career, Insomnium have created a concept album consisting of one single 40-minute track.

Inspired by an award-winning short story written by the band’s vocalist/bassist Niilo Sevänen, which tells a tale of a group of Vikings who set out on a quest to find a fabled island north-west of Ireland during a particularly harsh winter, the Finns’ seventh album is an absorbing metal opera best experienced with the lyrics book in hand.

Opening with the sound of rolling waves and a delicate guitar part, the album is very much the proverbial ‘journey’ and prog and black metal influences pepper the melodic death-steeped opus. In addition to some ferocious riffs and duelling leads, there are Rick Wakeman-esque synths, howling choirs, morose pianos, folksy Spanish guitars and even a post-rock-meets-Tubular Bells section around the 13-minute mark making for a thrilling listen that’s every bit as epic as the original yarn it’s inspired by.