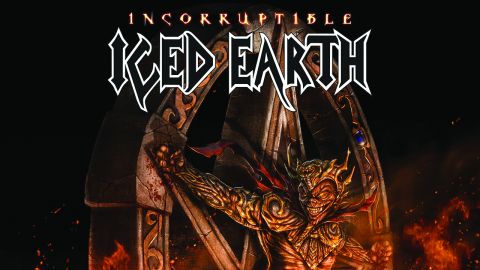 Musical eras come and go, as do the lineups of his band, but Jon Schaffer stands immoveable. Like his hero, Steve Harris, Jon remains a figurehead of both his own band and a fixture on the landscape of traditional/power metal. Iced Earth’s aptly titled 12th studio album adheres to their many trademarks, fusing fascinating lyrics with riffs as big as oak trees. Clear The Way (December 13th, 1862) is their latest sprawling, bloody reflection upon the theme of America’s revolutionary war, while Seven Headed Whore and Defiance stand proud as sharper and immediate slabs of galloping heavy metal. Lead singer Stu Block isn’t as famous as Tim ‘Ripper’ Owens or as tied to the group’s history as Matt Barlow, but he’s been Jon’s right-hand man for six hugely productive years, even though nobody but Jon hangs around in IE for too long. Nevertheless, Incorruptible isn’t merely the sound of a band, it’s a microcosm of an artist who refuses to go away because he still has too much to say.