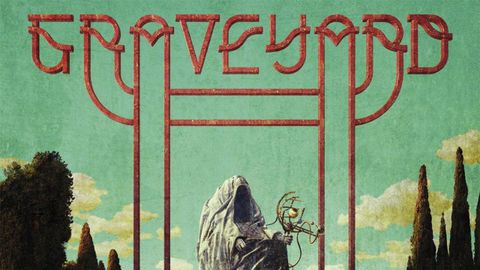 Sweden’s crown princes of swinging retro cool announced their split in September 2016, one year after releasing their quirky, soul-infused fourth album, Innocence & Decadence. The news came as quite a surprise, as this hotly touted quartet’s sole raison d’être always seemed to be a simple, overriding passion for playing honest, righteous, gut-level rock’n’roll. They were still bringing new twists and influences to bear on their sound, while their fanbase was continuing to grow thanks to many high-profile support slots, festivals and headline tours. Only a scanty handful of naive souls could have imagined that Graveyard were seriously gone for good, but even fewer imagined that this dissolution would barely last four months – not so much a hiatus, more a mini-break, the band coming across as a little bit histrionic and indecisive. Whatever their reasons – the drummer’s changed, if anyone was likely to notice – it’s lent an additional sense of urgency and jubilation to this comeback LP’s aptly titled shit-kicking opener, It Ain’t Over Yet, instantly impressing with an improved production that emphasises directness, looseness, warmth and humanity. And although the heavier numbers like Cold Love, Please Don’t and Walk On have a strutting-cock swagger that’s plugged straight into the rarefied magic of early 70s hard rock heroism, Graveyard are equally adept at the moments of hushed vulnerability. The mellow atmospheres of more sensitive cuts like the Jeff Buckley-ish See The Day, the brooding, nocturnal Del Manic, The Fox’s earthy flirtation with Nirvana’s About A Girl and the emotive singer-songwriter shades of Bird Of Paradise are so finely wrought you can’t help hoping that one day Graveyard apply themselves to delivering their Led Zep III – although, hopefully, not after any more premature, fleeting disbandments.