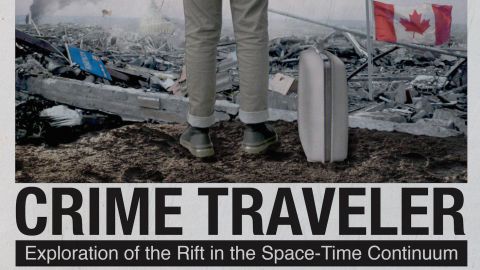 Twelve years on and 10 albums into their career, Graf Orlock remain as ballsy, brutal and absurd as ever.

Traditionally, this LA-based grindcore crew have sprinkled their albums with dialogue from 80s and 90s action movies as pleasingly cynical commentary on our capitalist world. This time around, the band have gone a leap further and built this album on an unreleased movie of their very own making, so it includes their own samples and scripts instead of borrowing from the likes of Heat and RoboCop.

It is a crafty move, but the absence of the recognisable film clips is keenly felt. Also, aside from A Decent Proposal In A Shitty Alley and Difficult Decisions In The Yutani Mess Hall, which boast particularly excitable tempos and frenzied vocals, the songwriting doesn’t always live up to the inventive concept, and the band’s deliberately erratic formula grows occasionally predictable.

The end result is an album that’s fun in its spirited originality and aggression, but ultimately a touch messy in execution.