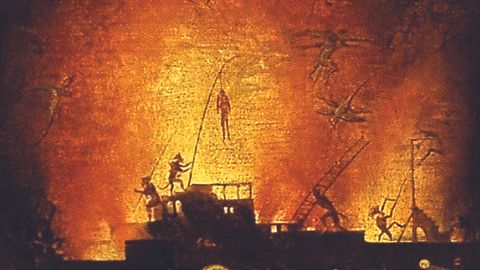 Despite their archetypal nature and reputation as one of the premier names in ‘classic’ Norwegian black metal, Gorgoroth’s status has been somewhat uncertain in recent years.

While 2009’s Quantos Possunt ad Satanitatem Trahunt was, more or less, the album founder Infernus needed to prove the band was still relevant after the Gaahl/King controversies, six years is no small amount of time in today’s scene, making this record feel more than a little overdue.

In the intervening years, vocalist Pest has been replaced – in the studio at least – by Serbian vocalist Atteringer, while ex-Obituary man Frank Watkins remains on bass and, perhaps more significantly, Tomas Asklund once again takes the roles of both drummer and producer.

Despite such continuity, however, Instinctus is a notably different beast to its predecessor. Sure, on the surface many of the band’s familiar motifs are firmly in place: the regular percussive onslaught, the overtly Satanic lyrics and the blend of busy, high-end dissonance and solid thrashy riffing. Yet Instinctus Bestialis remains an unusually measured record – in fact, it’s arguably the most controlled, even reserved of the band’s career. Where traditionally they’ve been defined by a searing sense of anger and a seemingly unquenchable fire in the belly, this album – beneath the business of it all – is actually a rather calm affair. Admittedly this is partly down to the competent but unremarkable vocal performance, which embodies neither the otherworldly charisma of Gaahl nor the wonderfully vulgar, devil-may-care approach of Pest. But it goes deeper than that; not only are songs such as Burn In His Light and Rage now augmented with clean Dissection/Maiden-esque leads (the record incidentally features no fewer than three guest lead guitarists) but the compositions themselves are more solemn, blending the melancholy found on early records such as Antichrist with the rigid tightness of the band’s latter years. Thankfully the production has also come leaps and bounds from the compressed and much-criticised Quantos… The end result is a decent black metal album, and though it’s not a discography highlight, it should keep fans happy for… well, maybe not another six years, but for a while at least.