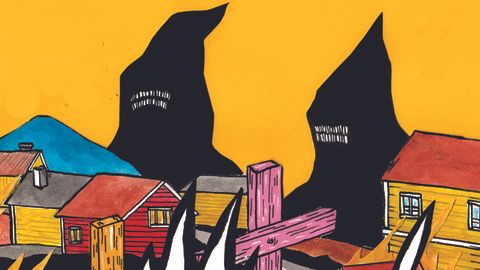 Whatever you’d imagine a collaboration between members of Gallows and Sikth to sound like, it’s a fair bet that Gold Key isn’t it. Eschewing the tenets of hardcore and metal altogether, Hello Phantom lives somewhere between the worlds of mainstream rock and shoegaze. There are big guitars, but they’re tempered by a melodic sensibility that proudly occupies the foreground. Fuzzy, stoner bass drives much of the record, as classic rock guitars squeal and former Spycatcher vocalist Steve Sears unleashes his incredibly impressive voice, somewhere between Maynard James Keenan’s croon and the rugged, world-weariness of contemporary Thrice. But just as you think you’ve got Gold Key figured out, the country-tinged Juvenoia comes out of leftfield to shake things up. This may not be an album that lives squarely in Hammer’s world, but keep an open mind and you could be pleasantly surprised.