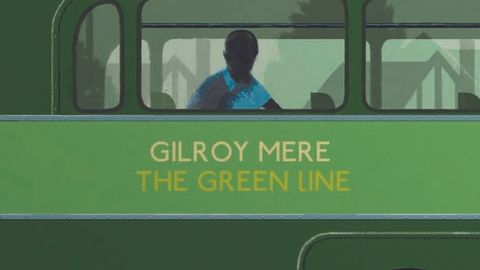 Gilroy Mere is the latest nom de plume of prolific folktronic musician Oliver Cherer, created to front an album that celebrates the 1930s-spawned Green Line buses that once took passengers from the smog of central London to the leafy country towns of the Home Counties. We seem to be awash with artists seeking to channel some prelapsarian vision of Britain’s past, and sometimes this type of alternative nostalgia can feel like a retreat from the future. But in the hands of a skilled craftsman such as Cherer, it can be deeply affecting. Many of The Green Line’s songs are miniature rural fantasias, instrumental vignettes of quiet wonder, such as the slightly uncanny Bert Jansch meets Kate Bush pastorale of Cuckoo Waltz, or the beautiful reverie of A Lychgate. But there’s the rumbling motion of the buses here too. The fluttering melody and drum machine heartbeat of Dunroamin’ is bucolic motorik steeped in English melancholia, Cherer mournfully chanting a litany of suburban house names, while the neon synth arpeggios and dramatic piano chords of the title track signal the end of the journey.