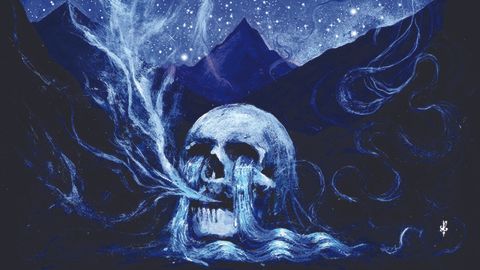 Black metal in 2017 isn’t the beast of 20 years ago, and its shift away from darkness is keenly felt in the otherworldly elements of Alcest, the sun-kissed vibrations of Deafheaven and the celestial threads of Liturgy, whose reach now encompasses indie, post-rock and hip, arty crowds. North Dakota’s Ghost Bath are treading a similar path and on Starmourner they turn black metal on its head. Continuing a trilogy started with 2015’s Moonlover, Starmourner’s rapturous nature shines through guitar lines that reach for the heavens and lift songs beyond the constraints of the genre. It’s in these small moments that Ghost Bath truly excel; Luminescence is aptly radiant and the harsh black metal before the elation of Thrones is superb. Starmourner is expansive but here that means the attention can wander at times, particularly during instrumental passages that permeate the album. Ambrosial is mostly stunning, with low-pitched vocals from Nameless adding depth to proceedings – a welcome departure from the shrieks that otherwise pepper the album – but the three-minute outro is unnecessary. Ghost Bath, musically, seem ahead of the curve but their identity relies too much on their peers, and as such Starmourner often meanders when it should soar.