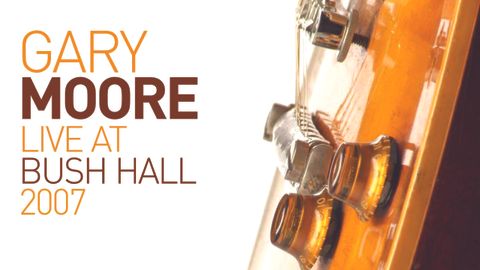 What looks like a ‘for fans only’ release – a promo gig for his 2007 Close As You Get album – turns out to be a snapshot of the niche Gary Moore was carving out for himself before his death in 2011.

Moore’s playing is compelling as he strides through the heavy If The Devil Made Whiskey, the restless Hard Times and the soulful Too Tired, each with a strident solo to match.

He gets almost weepy with Phil Lynott’s Don’t Believe A Word before snapping out of it midway through, getting the audience worked up with Still Got The Blues and Walking By Myself and bowing out alone on acoustic slide with Son House’s Sundown. A great gig that gives you the essence of Moore./o:p