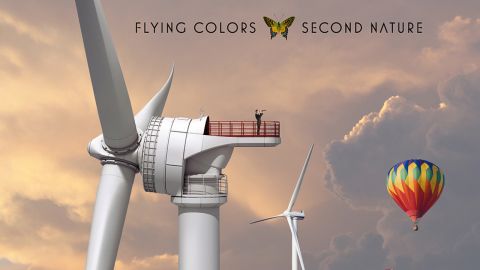 If 2012’s debut was the tentative but successful blind date, Flying Colors’ self-produced second album sees the supergroup holding hands and making out (so to speak), and still eager to impress each other.

More confident, relaxed and ambitious, it confirms their range and simpatico, managing to be both instant and layered. With two labyrinthine 12-minute epics bookending Second Nature and bringing the prog, it’s a broad beast with secrets to spill.

A few listeners might have reservations about a project where some tracks are recorded as a unit in one location, then other elements are added individually via the magic wand of the internet. Yet this dispels such (arguably) dated thinking by emitting a sense of interweaving communication and collaboration. Guitar and piano lines trade off each other beautifully; rhythms propel and pause. The whole thing drives smoothly, without jolts, and gets where it wants to go, rushing only when it’s right. McPherson’s melancholy voice serves to expand the landscape further.

The album begins with the lengthy, multi-part Open Up Your Eyes, where a gently sad, seven-note piano motif is joined by sleek guitars before everyone kicks in to raise the heat. There’s a funky bass break before the vocal guides us through a maze of melodic peaks and valleys, which are clearly closer to Kansas/Journey/Boston than to, say, 70s-era Yes. It’s knowing, smart AOR, rather than loose, wild-hearted experimentation, but it’s so smoothly put together that it pierces defences dynamically.

Muse have been cited as a reference point for Flying Colors before, and the histrionic single Mask Machine (among others) reminds you of seven different Muse tracks at once. Bombs Away beds in on a slower riff: it’s the detours, details, fills and frills from the two Morses that keep this – and other lesser tracks – afloat. The Fury Of My Love is a windswept power ballad; A Place In Your World channels 80s radio.

Just as it seems things have tailed off, the elastic and elegiac _Cosmic Symphony _climaxes the album on a series of highs, echoing everyone from Radiohead to Counting Crows. McPherson emotively sings us out as a big, busy album takes a well-earned breath. That third date looks promising.