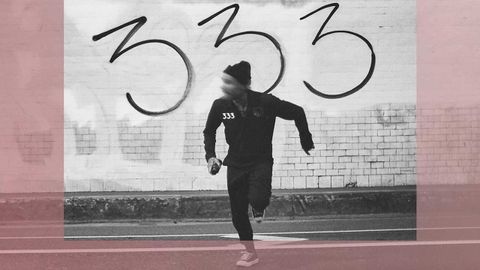 When Letlive came to a somewhat premature end in 2017, many were left wondering what their incendiary and impassioned frontman, Jason Aalon Butler, would do next. It was simply inconceivable that such a talented, multi-faceted vocalist would not return to music in some capacity. With Fever 333, Jason is backed by two musicians equally adept at their respective instruments in the form of ex-The Chariot guitarist Stevis Harrison and Night Verses drummer Aric Improta.

On their debut full-length, Strength In Numb333rs, the trio flit between genres with ease; rock, metal, hip hop, post-hardcore, punk and drum’n’bass are all assimilated and spat out into an inflammatory, feverish stew that is set to incite pits and unite dissenters worldwide.

The album rarely sits still, with riffs, rhymes and refrains that would be cornerstones of records by Korn, Marmozets or even RATM delivered and discarded in quick succession. Motion is constant and listening to Strength… gives one the courage to believe that change is not only possible but inevitable.

Jason’s screams of ‘You’re not the only one that feels like the only one’ on Animal should raise armies of alienated youth the world over, and the beats that kick in afterwards are enough to cause tremors through the Earth’s crust. While Fever 333’s agenda is to motivate people into action, there are a few curveballs that may surprise; Inglewood, the first of two seven-minute ‘epics’ is a ballad of sorts that recounts Jason’s experiences growing up in the LA County city. Its sweet lament succumbs to a destructive and chaotic finale that is anything but syrupy.

Sometimes Jason’s choruses veer a little too close to Linkin Park territory for comfort, but such melodicism won’t hurt this record’s chances of getting into as many ears as humanely possible. With such a caustic and vital message, this surely can only be a good thing.

Strength In Numb333rs is out now via Roadrunner/333 Wreckords Crew