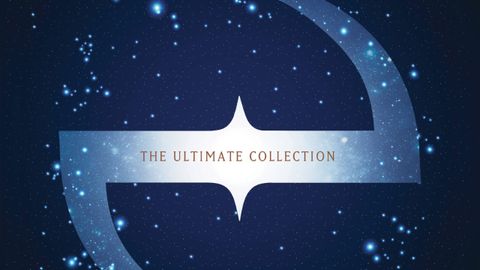 In music industry parlance, ‘the ultimate collection’ is often anything but. Take a band’s back catalogue, supplement it with a few demos found on a Memorex C90 in the lead singer’s make-up drawer, slip in a couple of reproduction tickets from a 1971 gig at the Ipswich Gaumont… Yeah, that’ll suffice. Thankfully, Evanesence’s The Ultimate Collection bucks that throwaway trend – and how. For starters, it’s heavy – and we ain’t necessarily talking about those great crunching guitars that regularly interrupt frontgal Amy Lee’s waft-a-goth ramblings.

What we have here are six LPs, each pressed on beefy 180-gram vinyl. You remember those old PMRC ‘explicit content’ stickers? Well, this should carry a warning about its perilous weight – older Classic Rock readers could be in danger of putting their back out.

For the record – pun intended – the set comprises the studio full-lengths Fallen, The Open Door and Evanescence, and, for the first time, Origin, the band’s first demo album (a handful of copies were self-released in 2000), which features early versions of Fallen hits such as Whisper and My Immortal.

Musically, there’s stacks to savour, although Lee’s agonised musings are an acquired taste. There’s plenty of soul-searching, tracks such as Call Me When You’re Sober, My Heart Is Broken and Sweet Silence often sounding too up-close-and-personal for comfort. Witness this smattering of lyrics from the latter: ‘I dream in darkness/I sleep to die/Erase the silence/Erase my life.’ Nevertheless, to the selfharm generation, Evanescence’s songs are both anthems and touchstones, which cannot be anything but a positive.

The cardboard slipcase that houses the collection even depicts a glow-in-thedark star system. No doubt about it, this is quintessential Evanescence. Or, to make a 1970s prog-rock reference, let’s just call it quintessence.