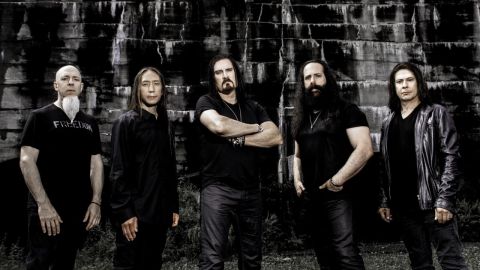 In 2016, progressive metal favourites Dream Theater polarised their fanbase with The Astonishing: a two-hour rock opera that placed far more emphasis on the ‘progressive’ than the ‘metal’. While some appreciated the album for its narrative and sheer scope, others were left unimpressed by its excessive length and reliance on well-worn prog rock clichés.

Fortunately, for full-length number 14, Dream Theater have performed a total 180: going back to basics – or, rather, the closest these technicians can get to being ‘basic’. While Barstool Warrior and Out Of Reach maintain The Astonishing’s peppy grandeur, the rest of the album is an unabashed return to the hook-laden heaviness of 1992’s Images And Words and 1994’s Awake. Tracks like Paralyzed and Room 137 epitomise this shift, the four-minute tunes actuated by grooving guitars and drums juxtaposing against frontman James LaBrie’s coarse yet operatic melodies.

But Distance Over Time is at its very best when it incorporates this rejuvenated energy into its longer tracks. Fall Into The Light is a marathon of shredding, commencing with a gritty, Black Album-esque riff and later descending into two of the most masterful solos of John Petrucci’s career. At Wit’s End is a gingerbread house of progressive metal delights, finding room for many frantic polyrhythms between its soulful refrains. The centrepiece, however, is closing opus, Pale Blue Dot. After an ambient intro, the epic balances Distance Over Time’s newfound heaviness with symphonic bombast, a deliciously dark chorus and expertly integrated solos from Petrucci and keyboardist Jordan Rudess.

After the controversy of The Astonishing, This is precisely the kind of no-nonsense album Dream Theater needed to make. And while a few may accuse the New Yorkers of stagnating, their exploration of metal’s more hard-hitting tropes has resulted in an extremely exciting – yet still experimental – release.