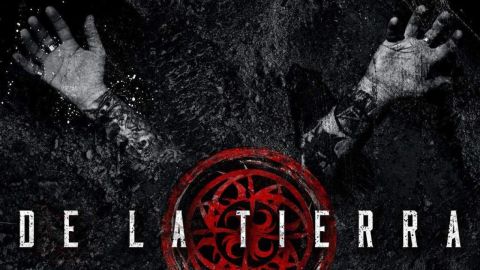 Their groove-laden stomp is embellished with flamenco flourishes, shuffling percussion and narrated almost entirely in the globe’s second most prevalent tongue. And while on paper such a linguistic disconnect could serve to emotionally distance the English-speaker, the likes of Rammstein have comprehensively proved that you needn’t be chatting in received pronunciation to get your point across.

Indeed, De La Tierra’s problems are far more pernicious than a mere language barrier. The lumpen bounce that characterises much of this album is as listless and lacking in charisma as you could imagine, Kisser and second guitarist Andreas Giminez running the well of treacle-y mid-paced riffing well and truly dry. Even when the choruses do come they are rarely made of the sterling sort of stuff they’d need to be to drag your pulse above a resting rate.

There is some distance to run before this collaboration feels like anything more than a vanity project.