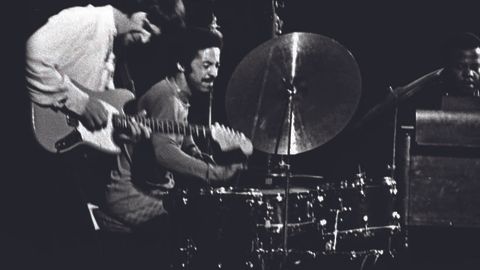 If you thought Bathed In Lightning, Colin Harper’s 2014 authoritative biography of John McLaughlin was the last word on the guitarist’s work, then think again. Harper’s back and his forensic and exhaustive research adds an extra 176,000 words on top of the previous title. This limited edition companion provides yet more depth to McLaughlin’s passage through trad jazz, blues, jazz and his eventual elevation to Tony Williams, Miles and beyond. It reminds us that McLaughlin’s phenomenal talent wasn’t enough on its own to take him to his goal. Being prepared to sacrifice and do whatever was necessary to get there was hardwired into his psyche as much as any spiritual aspirations. The inclusion of numerous small ads and article cuttings culled from the pages of the music press of the 50s through to the 70s not only brings a nostalgic whiff but amplifies the period details. Alongside previously unpublished interviews and commentary, Harper helpfully weighs in on what he thinks are the best-sounding editions of McLaughlin’s voluminous back catalogue, both as sideman and leader. Can you have too much detail? Not when it’s presented as cogently and as clearly as Harper has done here.