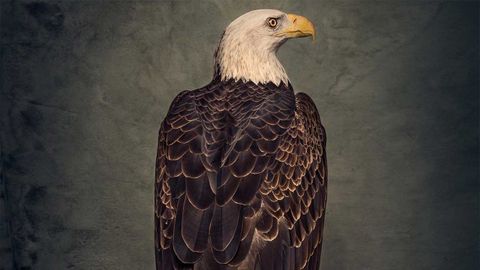 Everyone likes Clutch, don’t they? It almost seems unthinkable that anyone could take exception to the music the Maryland quartet have made over the last 27 years, not least because they’ve always seemed to be having the absolute time of their lives making it. One of very few bands who have survived for several decades without ever dropping a clanger on record or losing their passion for long months on the road, Clutch are currently more popular than ever. With a headline show at London’s Brixton Academy looming and this, their 12th studio album, twitching in the starting blocks, their story is one of the most heart-warming in recent rock’n’roll memory: great band make great records, play great shows and remain wonderfully, irresistibly great throughout. Everyone likes Clutch. Why on earth wouldn’t you?

Of course, the problem with being almost universally loved is that new albums can be praised to high Heaven regardless of their actual contents. Clutch have never released a bad album per se, but highlights in their catalogue are self-evident: the sound-defining Clutch from 1995, the sprawling majesty of 2004’s Blast Tyrant and Earth Rocker, Metal Hammer’s 2013 Album Of The Year. On first listen, Book Of Bad Decisions feels more akin to 1999’s ragged Jam Room or the slightly experimental Robot Hive/Exodus (2005); it’s a diverse, unpredictable record and no one song leaps out as an obvious scene-stealer. Live with these gloriously wonky and ingenious songs for a little longer, however, and it becomes clear that this is among Clutch’s finest work.

The overall sound is rougher and looser than recent albums – you can really hear the band’s punk and hardcore influences snarling away – but the songs themselves are endlessly, disarmingly engaging, with Neil Fallon’s criminally underrated wordsmithery ensuring that every song has a verbal hook to match the sublime thrust of the riffs and grooves. Trust us, you will be shouting “Weaponised funk!” and “Ghoul wrangler!” at each other before the year is out.

Preview singles How To Shake Hands and Gimme The Keys are slow-burning gems, neither as immediate as something like X-Ray Vision from 2015’s Psychic Warfare album but every bit as memorable after a few spins. In keeping with their love for vintage analogue vibes, a horn section emerges through In Walks Barbarella’s fidgeting acid blues to crank up Clutch’s soul credentials a notch or six. It’s a stunning moment that reaffirms how hard it has always been to pigeonhole a band who owe as much to Bad Brains, ZZ Top and Funkadelic as they do to Black Sabbath.

Best of all, Emily Dickinson is a mischievous psychedelic tall tale, built on a stomping pulse and buffeted by lysergic crosswinds. As with everything else here, it could hardly be mistaken for the work of anyone but these four music geeks from Germantown, Maryland, USA… and yet, despite their veteran status, every last second feels fresh, new and unique, even in today’s absurdly splintered marketplace.

So, it’s business as usual, then. Book Of Bad Decisions is another phenomenal piece of work from one of the few bands that we can all agree on. Everyone likes Clutch. Because they’re (still) fucking brilliant.