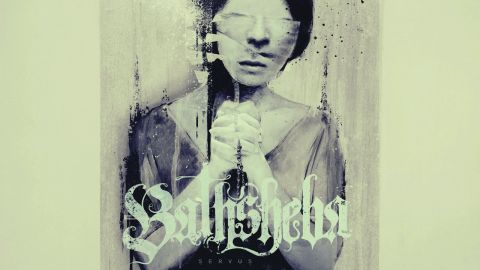 With doom, you know what to expect: huge monolithically metered riffs, epic, fuzzed-out guitar leads, soaring vocals, saxophone solos and blastbeats. Er, what? Yes, these Belgian heavyweights know that there’s more to doom than just tectonic plate riffage. Both Servus’s opener, Conjuration Of Fire, and penultimate track, The Sleepless Gods, might move along like sloths swimming in treacle, and yes, they make full use of Serpentcult/Death Penalty singer Michelle Nocon’s epic pipes, but the album also takes in a few less common steps for a doom record. At Bathsheba’s slowest there are hints of The Wounded Kings’ dreamy yet lead-weighted heaviness, no more so than on Manifest, but they also do all-out heavy, too. Ain Soph starts with a blast of blackened thrashing noise and somehow finds its way to include a jazzy saxophone, while I At The End Of Everything has a downtuned, snail’s-paced take on the hypnotic black metal of bands like Drudkh. Such disparate influences are, however, seamlessly blended and Bathsheba’s debut full album marks them out as ones to watch.