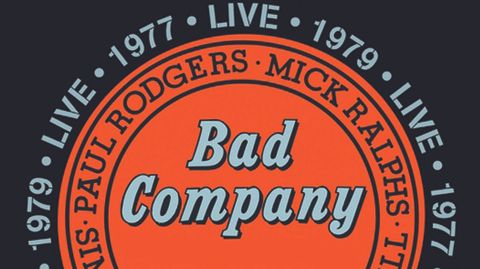 Bad Company were among the finest exponents of blues-infused hard rock during their prime in the 70s, yet never released live material from any period in their career. Hence this belated double album using the original 24-track tapes from the band’s vault, documenting two shows from 1977 and 1979 respectively. With no enhancement or overdubs, it’s the sound of a band at the peak of their powers, before their star gradually waned in the decades that followed.

The 1977 gig was recorded at Summit House in Houston, Texas, as Bad Company hit the road to support their new record Burnin’ Sky. While this album fared less well than its three predecessors, it’s surprising how well some of the tracks stand up against their stone-cold classics. The title track is a brazenly muscular opener, Paul Rodgers’ unimpeachable bluesy holler leading the overdriven tones of former Mott The Hoople guitarist Mick Ralphs. Morning Sun proves they could do slow and soulful – if never with the same effortless grace of Rodgers’ previous band Free – and the strutting machismo of Man Needs Woman largely sums up their modus operandi.

By the time of the second show, at The Empire Pool (now Wembley Arena) in London, the band were promoting the Desolation Angels album, amid increasing tension within their ranks. If Rock ’N’ Roll Fantasy and Evil Wind groove convincingly, it’s the tracks from their self-titled debut and Straight Shooter that steal both shows. Bad Company remains an atmospheric blues rock masterclass, while Feel Like Makin’ Love and Shooting Star are what stadium rock shows were invented for.