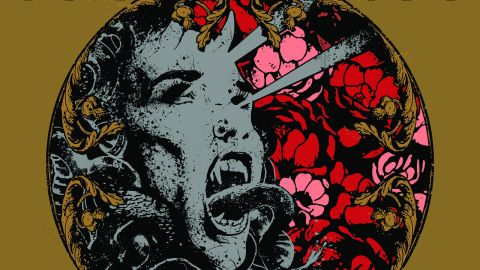 Formed in 2013, Avatarium have proven rather productive, with two EPs and two full-length albums under their belts already. Having been founded by Leif Edling from Swedish doom legends Candlemass, their previous efforts have, understandably, been coloured by a definite doom metal crunch and suitably epic atmospheric considerations. Equally defining, of course, are the rich vocals of Jennie-Ann Smith as well as the taste for classic psychedelic rock, and with Leif now only on shared songwriting duties, that latter aspect has become even more prominent on Hurricanes And Halos. Sure, The Riff occasionally holds centre stage, but for much of the time the doom aspect acts more as an undercurrent to a more melodic rock expression, the songs often comparable to a less sinister The Devil’s Blood, all late 60s/ early 70s vibes, drawn-out drama and bewitching beauty. The formula might not be perfected yet – third song Medusa Child gets a bit twee in its chorus, no less so when it’s sung with a child’s voice – but overall it’s an impressive album, with plenty of variety and liveliness and soul in the songs.