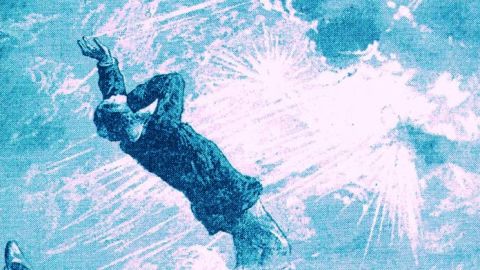 Released on Sel Balamir’s boutique label Rockosmos, Thumpermonkey’s new EP _Electricity _was inspired by an etching in an obscure 1889 book about a Victorian MP who attempts to restore Babylon’s glory with this newfangled alternating current thingy. Garmonbozia, Tzizimime, the stunning This Is Not A Fire and Woadscrivened are muscular and dynamic, poetic and punky, and very proggy. You’re left wondering why the band aren’t carried shoulder high everywhere they go.

Multi-instrumentalist Steve Tilling has made a compelling debut in _Circu5 _(ST Productions), the first release by his project of the same name. It’s a tight, dark and intelligent album revolving around the concept of a child being raised as a psychopath by a shadowy government organisation. Tilling’s vocals evoke Trent Reznor in parts, but Circu5 should chime well with fans of Lonely Robot, Cosmograf and even Roger Waters and Tull. Turns from the likes of XTC/Big Big Train’s Dave Gregory add to the pedigree.

**Takaakira ‘Taka’ Goto **is the guitarist for Japanese experimentalists Mono, and his latest project, Behind The Shadow Drops, sees him bathe in the more ambient/trip-hop side of his musical personality. Harmonic (Temporary Residence) was recorded in close collaboration with Tortoise’s John McEntire, and the results are moody, glacially thoughtful and beautifully textured. Titles such as The End Of Daydreams and Trace Of Snow Waltz add to the melancholy, Eno-esque vibe.

The Franky Valentyn Project’s self-released All Is A Dream is the Australian polymath’s joyful, Halloweenscary 2015 album, now reissued. There’s a camp, Trans- Siberian Orchestra feel here, with Monique LeChat’s operatic vocal contributions notably adding some heft to a fun if slight slice of conceptual bombast. In any other issue this would’ve been my curveball title, but there are two real curate’s eggs in the nest this month.

Legendary_ photographer William Eggleston, 77, is now _releasing his first album. _Musik (Secretly Canadian) is a set of improvisations recorded throughout the 80s on his Korg OW/1 FD Pro synthesiser. Eggleston’s a fan of Bach and his noodlings are often baroque in flavour, punctuated by church organ blasts and warping, sub-Vangelis drones. He’s clearly musical, but this is ultimately the work of a dilettante, and to get the most from it you’d have to be pre-invested in the man and his colourful history in his _true artistic field.

From Bach to Vivaldi, who’s feted on Willie Gibson’s Seasons Change (Gare du Nord). This is the Red Priest’s renowned contribution to hold music, The Four Seasons, arranged for and painstakingly programmed into a Eurorack Modular Synth. It’s frivolous and daft MIDI fun, but Gibson’s nerdy focus is admirable, there’s a Walter/Wendy Carlos spirit here, and the presto from Summer was never quite this unsettling. It’s as if John Carpenter re-soundtracked A Clockwork Orange.