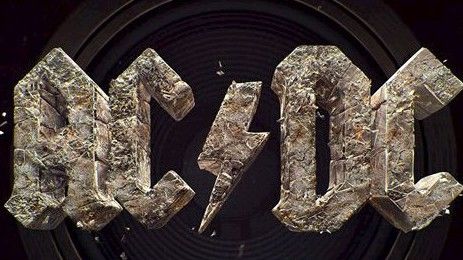 Nothing can last forever. For a while in 2014, it looked as though AC/DC’s time might be up. Malcolm Young, who founded the band with brother and fellow guitarist Angus in 1973, was diagnosed with dementia and had retired from the band. It seemed unthinkable but, holed up with producer Brendan O’Brien in a Vancouver studio, and with Young’s nephew Stevie filling in on rhythm, carry on they did. And how. Rock Or Bust, the product of AC/DC’s own uncertain times, is a towering retort to any notion that they might be finished. As the name suggests, it’s an album that places its faith at the feet of rock‘n’roll, both as a restorative force and also as a vaccine against all ills. Nowhere is this more explicitly stated than on the title track, which heaves along on the kind of monolithic riff Angus Young patented sometime around the Stone Age. Phil Rudd’s drums crash, Cliff Williams’ bass throbs and Johnson squeals out a defiant, ends-of-the-earth manifesto: ‘In rock’n’roll we trust/It’s rock or bust.’ Quite.

Lean (at around 35 minutes it even outdoes 1983’s Flick Of The Switch in the brevity stakes) it is also mean: the absolute essence of AC/DC, decanted with an energy and power that never lets up. Got Some Rock & Roll Thunder is huge, swept up by a mighty Angus solo and a classic rhythmic chop from Stevie. Baptism By Fire continues the elemental theme, propelled by a roaring lick and that most under-appreciated facet of Angus’s playing: his sensitivity. Hard Times chugs forth on a funky riff that, perversely or not, brings to mind Ian Dury’s Sex & Drugs & Rock And Roll. And if Johnson’s belligerent voice is the star of Emission Control, the song is essentially driven by Young’s astonishing ability to navigate his way around a blues scale. It could easily be Sabbath in their evil prime.

Sure, half the songs are about shagging or wanting to shag at a stage where they should be writing about bad backs and pension plans, but this is AC/DC, lest we forget. And if they’ve taught us anything, it’s that the beating heart of great rock‘n’roll is forever locked in a state of adolescence.