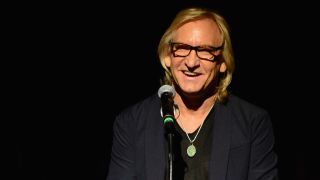 Joe Walsh says he was a Foo Fighter for two days and that he will appear on the band's next album.

The Eagles guitarist hooked up with Dave Grohl’s crew through a mutual friend.

Walsh tells The Hollywood Reporter: “I was a Foo Fighter for two days and played on a track of theirs that’s gonna come out. Drew Hester, my drummer for my solo gigs, is a great friend of all of those guys, so I hooked up through him.”

Walsh is also set to appear on a new track by funk icons War and is working on new Eagles tracks, as well as a solo blues album. On the Eagles tracks, Walsh says he’s got some songs “in the can” but would not say for sure whether they would ever see the light of day.

His last solo effort, 2012’s Analog Man, was produced by ELO’s Jeff Lynne and he hopes to work with him again. He adds: “He’s amazing. He’s another crusty old veteran.”

Dave Grohl has described his band’s upcoming eighth album as a “love letter to the history of American music”. It was recorded in eight US cities and features Walsh and Fugazi’s Ian MacKaye.