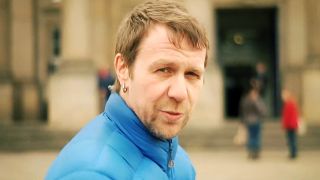 Terrorvision frontman Tony Wright says his band’s track Tequila was robbed of the chance to reach number one because pop starlet Geri Halliwell blocked its release at the right moment.

He believes the quirky song could have topped the charts in 1999 if the former Spice Girl’s management hadn’t leaned on the label to postpone its launch.

Wright tells TeamRock: “We were going to release Tequila the week before we did. But we went to the meeting with the record label, and Geri’s management were really good. They told us we couldn’t do it that week.

“They said it was too strong, that Geri wanted to talk her way through another cover version and it had to get to number one. Our management didn’t have the same clout, so we we released a week later.

“We sold something like 60,000 copies more than Geri did – but we only got to number two.”

Terrorvision were denied the top spot by The Offspring, who’d launched Pretty Fly For A White Guy at the same time. But Wright says: “There’s no shame in coming second to that. It’s a good song, and it was brilliant to have two rock bands at the top of the charts.

“If we’d got to number one, maybe our label would have given us a little bonus.”

He just completed a UK tour in support of solo album Thoughts n’All, which launched via a crowdfunding campaign. “It’s been brilliant – an experience, which is as good a reason to do a tour as any,” he says.

“We’ve been playing in some places where people are coming out because something is happening where they say, ‘Isn’t something happening?’ week in, week out. Some haven’t even heard the old songs, never mind the new ones. The new ones are standing on their own two feet and going down really well.”