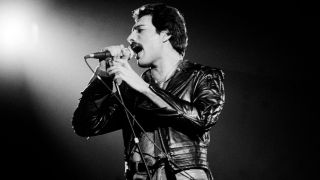 Researchers have investigated the secrets behind Freddie Mercury’s singing voice and revealed why it was one of the most distinctive and unparalleled in rock history.

A group of Austrian, Czech and Swedish researchers conducted a study to analyse the late Queen frontman’s voice.

While they couldn’t substantiate claims that Mercury had a four-octave vocal range, they discovered some interesting findings about the voice once described as “a force of nature with the velocity of a hurricane.”

Through examining archive recordings, and filming the larynx of a rock singer imitating Mercury’s singing with a high-speed camera running at over 4000 frames per second, the researchers found a physical phenomenon called ‘subharmonics’. This is an intentional voicebox distortion using both vocal folds and ventricular folds to produce an extreme ‘growling’ sound which is traditionally used by Tuvan throat singers in Mongolia.

They also concluded that Mercury was likely a baritone, despite being known as a tenor, and found that his vocal chords moved faster than other people’s at 7.04 Hz, compared with the typical vibrato rate of between 5.4 Hz and 6.9 Hz.

Dr Christian Herbst, from the University of Vienna, wrote in the journal Logopedics Phoniatrics Vocology: “The occurrence of subharmonics aids in creating the impression of a sound production system driven to its limits, even while used with great finesse.

“These traits, in combination with the fast and irregular vibrato, might have helped create Freddie Mercury’s eccentric and flamboyant stage persona.”

Queen will play a string of European shows with Adam Lambert this year, including a headline appearance at the Isle Of Wight Festival.