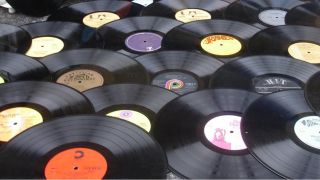 Rock music is more popular than any other genre in the US, according to latest figures.

In terms of pure album sales, rock music was also the clear winner, claiming 33.2% of the market compared to 13.9% for R&B/hip-hop. However, when it came to streamed music, R&B/hip-hop was out in front with 28.5% compared to rock’s 24.7% of the total market.

The annual report also shows that while vinyl purchases are on the up, sales of CDs and digital downloads declined from 2013, with more people now choosing to stream their favourite artists.

Nielsen’s David Bakula says: “Music fans continue to consume music through on-demand streaming services at record levels, helping to offset some of the weakness that we see in sales.

“The continued expansion of digital music consumption is encouraging, as is the continued record setting growth that we are seeing in vinyl LP sales.”

Many rock and metal acts have criticised streaming services like Spotify, including Blink-182’s Tom DeLonge and Soil, while Motley Crue bassist Nikki Sixx recently urged bands to stand up for themselves and fight for a fairer income from online services.