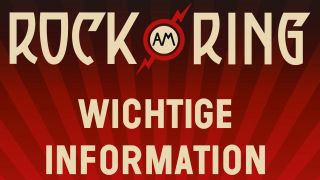 The Rock am Ring festival in Germany has been halted after organisers were told of a terrorist threat.

Everyone attending the annual weekend event at a former airbase in Mendig, near Nuerburg, has been ordered to leave the festival site. The instruction is believed to apply to fans, artists and crew alike.

Artists due to play the festival this evening include Rammstein, Five Finger Death Punch, Skindred, Rival Sons and Clutch.

Rock am Ring bosses say in a statement on their website: “Due to a terrorist threat the police have advised us to interrupt the festival. We ask all festival visitors to leave the festival site in a calm and controlled manner towards the exits and camping grounds. We have to support the police investigations.

“All visitors will be kept informed about any developments on all Rock am Ring Social Media channels, radio and the speakers. We hope that the festival will continue tomorrow. Thank you for your cooperation.”

No further information has been given. The incident comes 12 days after a suicide bomb attack at an Ariana Grande concert in Manchester, England, in which 23 people died and at least 116 were injured. European security services have maintained a high-alert status since then.