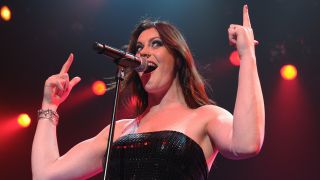 The Finnish outfit released Endless Forms Most Beautiful last month – their first with Jansen at the mic.

Holopainen tells LoudTV: “As a vocalist, Floor is as versatile as it gets. I think one of the biggest surprises people might have with this album is that she’s not actually using her operatic, lyric sound in her singing.

“We tried it in a few songs but it just didn’t feel right. We felt that these stories, these songs, don’t really require that style of singing.”

He continues: “It felt like the right approach to all of us, including Floor, that we should get rid of it mostly. It’s very important to be humble before the songs so that you don’t do things just because you can – or just to show off when it comes to singing, solos or whatever.”

Bassist Marco Hietala recently hailed Jansen’s work ethic, saying she was their first vocalist to attend every studio session. She last month confirmed her band ReVamp are officially on hiatus as she doesn’t have time to work with both acts.