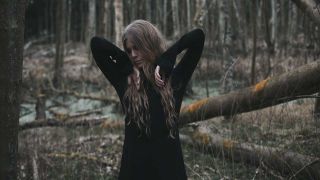 Roadburn has announced even more bands for next year's festival.

Taking place in Tilburg, Netherlands, on April 11-14, the 2019 instalment of Roadburn is curated by At The Gates' Tomas Lindberg.

As part of the curation, today it has been announced that Mono will perform Hymn To The Immortal Wind with the Jo Quail Quartet. Other Lindberg-picked artists joining the lineup are Gösta Berlings Saga, Agrimonia and Orchestra Of Constant Distress.

Myrkur has also been added to the lineup, performing with her Nordic folk project Folkesange, including Heilung's Christopher Juul, and cellist Jo Quail.

Holy Roar Records will be hosting a special showcase of music at Roadburn, with live performances from Conjurer, Pijn, Svalbard, Secret Cutter and A. A. Williams.

Today's additions will play alongside the previously announced Sleep, At The Gates, Heilung, Cave In and more.