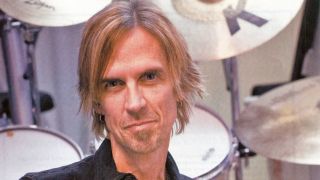 Original Molly Hatchet drummer Bruce Crump has died at the age of 57.

No details of the stickman’s death have been revealed. The band say: “Condolences are sent from the entire Molly Hatchet organisation to the family of Bruce Crump. Our thoughts and prayers are with them at this time. God Bless.”

Memphis-born Crump played on Molly Hatchet’s biggest albums, including the self-titled 1978 debut and the following year’s Flirtin’ With Disaster. He had two spells with the group, first leaving in 1982 before returning from 1984 to 1990 when he left for the final time.

He recently joined the band China Sky, with whom he recorded this year’s comeback album China Sky II.

China Sky say: “This sudden tragedy is like a kick to the gut. We could not have lost a more truly decent human being than Bruce. Our hearts go out to his wife Kristen, his mom, children, and family.

“Not only was Bruce a genuinely nice person, but his talent was even bigger than his heart. When he agreed to join us in China Sky, we were humbled that ‘the’ Bruce Crump deemed us worthy of his time and talent, and boy, were we ever better off for it.

“We could not be more proud of the work he did on China Sky II and we are forever grateful to him.”