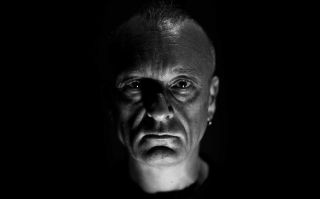 Last week, Mayhem bassist Jørn 'Necrobutcher' Stubberud revealed that if Varg Vikernes hadn't beat him to it, he'd have killed Mayhem's guitarist, Øystein “Euronymous” Aarseth, himself back in 1993.

If you aren't familiar with the mythos surrounding the black metal heavyweights, back in the early 90s, they put a very small, underground subgenre of metal based in Norway on the global map with a series of tragic and brutal events took place spanning a few short years.

The catalyst for the band's notorious activities appeared to be the suicide of the band's vocalist Per 'Dead' Ohlin, who was discovered by Euronymous. His wrists and throat were slit and he had a gunshot wound to his forehead.

The band subsequently made headlines when members spawned a wave of arson attacks on Christian churches, and their story eventually concluded with the murder of Euronymous at the hands of Burzum's Varg Vikernes – who had taken over from Necrobutcher in Mayhem at the time.

The events that unfolded have been the subject of numerous documentary films and books, and most recently, a Hollywood fictionalisation – the film, Lords of Chaos.

While the flick portrays Euronymous as a misguided, rebellious kid whose Satanic rabble-rousing is simply to promote his band and provoke conservative "grown ups", in reality the "inner circle" ringleader had made a fair few enemies within his own clique.

In a recent interview with Revolver, Necrobutcher explains why he had such a problem with Euronymous and elaborates on his previous comments about wanting to kill the guitarist.

Check it out below and head to Revolver to read the full interview.

"I wanted to kill that fucker in the end. He ... Imagine that somebody you think is your friend coming home and finding your other friend killed themselves and took pictures of their dead body. Who the fuck in their right mind would do anything like that?

"Everybody should have the little bit of intelligence to know that, that's gotta be somebody completely stripped from empathy and normal emotions. And really a bad fucking person. But now he's a fucking hero! And it's like, OK, I've always talked good about him, never wanted to talk bad about the dead, but this has gone too far now.

"He's the big hero? No, he's the big fucking asshole, that's who he is. The betrayal — he betrayed his friends and the bad karma in the end came and took him. I never cried a tear for that guy.

"I was mad as fuck when he died, and what I told that journalist is when I read it in the morning paper, I headed straight home and cleaned my house for all the illegals. I was sure the cops were going to come home to my place next and that I was going to be a suspect. I didn't know that they already knew who did it.

"[Varg] he was plotting to kill Euronymous on the phone and everything, making an alibi on the phone. But of course, they knew everything! So, I was a little pissed at the cops later on because I'm thinking ... they knew what was going on and they didn't even stop it. This is very fucking bad, you know what I mean? The government was in on killing him.

"So, I never talked about it before, but now I'm thinking, since the government isn't linked up to my ass now, it's starting to get down to earth again. And that's not the smart thing for me to do, to make enemies again now that I've cooled again, but it's in me. I can't help it. Anything that wronged me has to be right."

Grab the latest issue of Metal Hammer to read our own interview with Necrobutcher: what he really thought of Lords of Chaos and why Mayhem's message remains more relevant than ever.

Mayhem's latest album Daemon is out October 25 via Century Media and available for pre-order here. The band are currently gearing up to begin their European tour with special guests Gaahls Wyrd and Gost, kicking off in the Netherlands on Halloween.