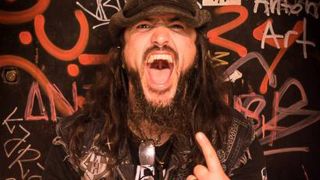 The success of Machine Head’s latest album has left the band “debt free” according to frontman Robb Flynn.

The vocalist says in a Facebook post that last year’s Bloodstone & Diamonds gave the band their best ever chart positions around the world.

Flynn says: “With the worldwide sales from Bloodstone & Diamonds we have recouped the substantial advance we took from Nuclear Blast – no small feat in this day and age – which makes it the fourth record in a row for us where we recouped our advance and were basically debt free to our given record label.

“I can’t even tell you how awesome it is to write the words ‘debt free’ and ‘record label’ in the same sentence. It wasn’t always the case. Now if I could just figure out how to do that in my real life.”

Flynn has also praised the label for giving the band the chance to do things their own way.

He adds: “From a business standpoint we’re currently in the best place we have ever been in terms of the music business. I mean this creatively, financially, and in terms of just overall fairness to an artist, we’ve never been better.

“Nuclear Blast let us do our thing. Sure, they offer advice and often it is welcomed, sound advice. That is what we want from a label. But ultimately, they let us make choices.”