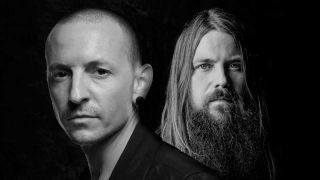 Lamb Of God guitarist Mark Morton has unveiled the song he recorded with Chester Bennington.

It was one of those things where we were listening to the song like, 'Who in our world would we have singing this?’” Morton tells Metal Hammer. “And Chester was the name that came out. So we almost didn’t try, because it’s Chester Bennington, he’s such a superstar. We were kind of like, 'Come on, we can’t get him.' But if we hadn’t tried, we wouldn’t have got him, so we tried, we got his ear. He heard the song and he was in.”

Anesthetic is released on March 1 via Spinefarm. Pre-order it here.