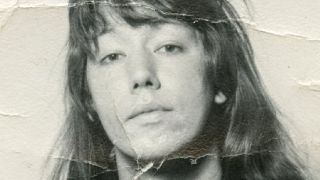 Ace Frehley has released a stream of his new single titled Bronx Boy.

It will feature on the former Kiss guitarist’s upcoming eighth solo album, details of which will be revealed in due course. Listen to the song below.

Last summer, Frehley revealed that he and his old bandmate Gene Simmons had written two tracks for the follow-up to Ace’s 2016 album Origins, Vol. 1.

He told Eddie Trunk: “I just shot him an e-mail and said, ‘C’mon, let’s write some songs together for my new record.’ Next thing you know, he’s down here and within three hours we had written two songs together, which was a record for me and him.

“We had a fantastic time. He came down. We ate in the backyard while I was watering my palm trees. He was going to my fiancée Rachel, ‘This is something new I’ve never seen before.’

“He’s eating a sandwich and I’m watering a palm tree in my backyard. But it was a lot of fun.”

Bronx Boy is now available to purchase through Amazon.

Frehley has several tour dates planned over the coming months and will set sail on the Kiss Kruise in October.